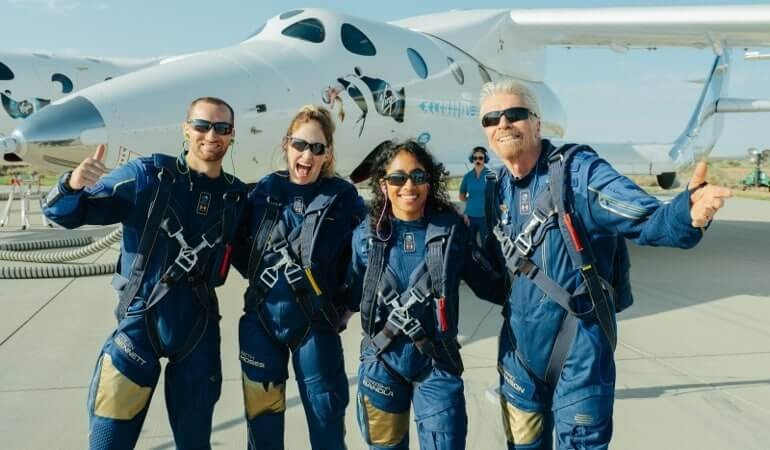 After a successful flight of Richard Branson on his own spacecraft, Virgin Galactic resumed ticket sales for space tourists. But the price is biting – $ 450,000 for one place.

The company is also considering other fares for “space lovers” – for example, group flights (VSS Unity can accommodate up to 3 passengers) or full rental of a two-pilot aircraft. The cost of such tickets is not currently announced.

According to CNBC, the next test flight is scheduled for the end of September 2021, whose passengers will be representatives of the Italian Air Force. The company will then take a break until mid-2022 to do a full VSS Unity MOT, and then the spacecraft awaits another test flight with Virgin Galactic on board. Commercial flights should start no earlier than the third quarter of 2022, although earlier it was the beginning of 2022.