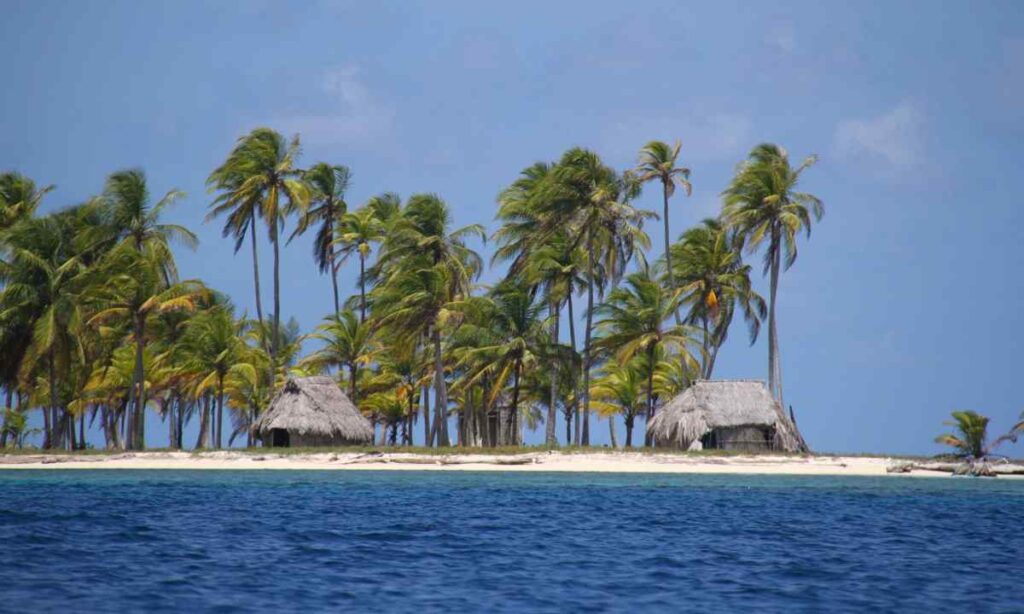 Sun-drenched city streets, endless snow-white beaches, winding paths of nature reserves, and coral reefs shimmering with all the colors of the rainbow … This place is called the paradise of the universe.

The Republic of Panama is located in Central America between Costa Rica and Colombia. This land is an ideal place for lovers of quiet and relaxing time on the beach, and for divers who will find a lot of fun in the waters of the Pacific and Atlantic Oceans.

The best time to travel to Panama in the dry season from December to May. During this period, the weather is most comfortable here, although you can relax here all year round. The rainy season differs only in that in the evenings there are heavy but short tropical showers. Every tourist should visit the Panama Carnival – countless colorful masquerade trips that take place in the capital of Panama City.

Latin Americans really know how to have fun like no other nation in the world! Another, no less bright festival – Semana Santa (“Holy Week”) – is held on the Azuero Peninsula (Azure), and lovers of mysticism will enjoy the carnival in Portobello.

You will not find so many excursions for every taste in other countries! One of them – in Old Panama (it was the center of all operations to conquer South America) – will plunge into the time of the rulers of the sea – corsairs. By the way, this part of the city was burned to the ground by the pirate Morgan and recreated by the people of Panama almost from the ashes.

You can not leave Panama without joining the local nature, so be sure to visit at least one of the national parks in the country – for example, Chagres. Here you will get acquainted with the wonderful tropical flora and see the indigenous inhabitants of this heavenly land – bright eagles, red macaw parrots, hummingbirds, resembling large butterflies, and funny monkeys. And do not forget to look in the villages of the Indian tribe’s Ember and Vounan. The Indians will offer you many of their products. Here you can dine in a typical national restaurant “Tambo”.

Few people know that Panama is the birthplace of vanilla, and this restaurant will serve you incredible desserts. The ecological tour to the Anton Valley in the province of Kokle impresses with the riot of pristine nature. This valley is located in the mouth of an extinct volcano, 600 meters above sea level. During the tour, you will see a mountain range called the Sleeping Indian, who actually looks incredibly like a graceful woman. Visit the market of national crafts, thermal springs, and the zoo “El Nispero”.

A brave captain on a sea ship will take you to the beautiful islands of the Bocas Del Toro archipelago. Even some names of these islands evoke romance! Cayos Zapatistas – “shoes”, the dolphin Bay Los Delphines, the island of Cayo Coral – the “land of corals” … On the small islands, you can walk the paths of humid forests, swim, and sunbathe on wild beaches. These places have long been popular for laying turtle eggs. It is interesting to watch how the newly hatched seashells rush into the sea.

Panama is a country of wet rainforests, emerald ocean waves, and many impressions. She, as a beautiful Indian, will appear to you in dreams again and again …

1. Panamanian cuisine is based on Spanish and Indian traditions – beans and corn, rice and meat, a variety of vegetables that are fried in oil with onions, spices, red chili, or hot green peppers.

2. Many dishes are served as a side dish of fried bananas of a special kind – sweet “maduros” or fried to toast “tostones”, as well as a mixture of rice and vegetables.

3. Of the meat dishes note the “ceviche” (marinated stew with vegetables), assorted fried bananas, sausages, eggs, and greens, and the traditional fried chicken fillet with rice.

4. The very word “Panama” is translated from the Indian languages ​​as “abundance of fish”. In each restaurant you can order baked fish, hot fish, and bananas in coconut milk and paella with fish or seafood.

5. Many dishes are served on the table not on plates, but in corn diapers. They are used instead of cutlery. For sweet – rice cooked in coconut milk, vanilla, and lemon pies, and original meringue from coconut milk.

6. Many vegetables and fruits are grown in Panama: along with mango, papaya, and pineapple, you can try exotic fruits. They are used to make juices, including “refrescos” cocktails, to which milk, water, and ice are added.