Skip to content
Home Technology Which mobile games earn the most: the top App Store and Google Play

Analytical company Sensor Tower has published data on the games that earn the most on mobile platforms. Data are available for June 2021. 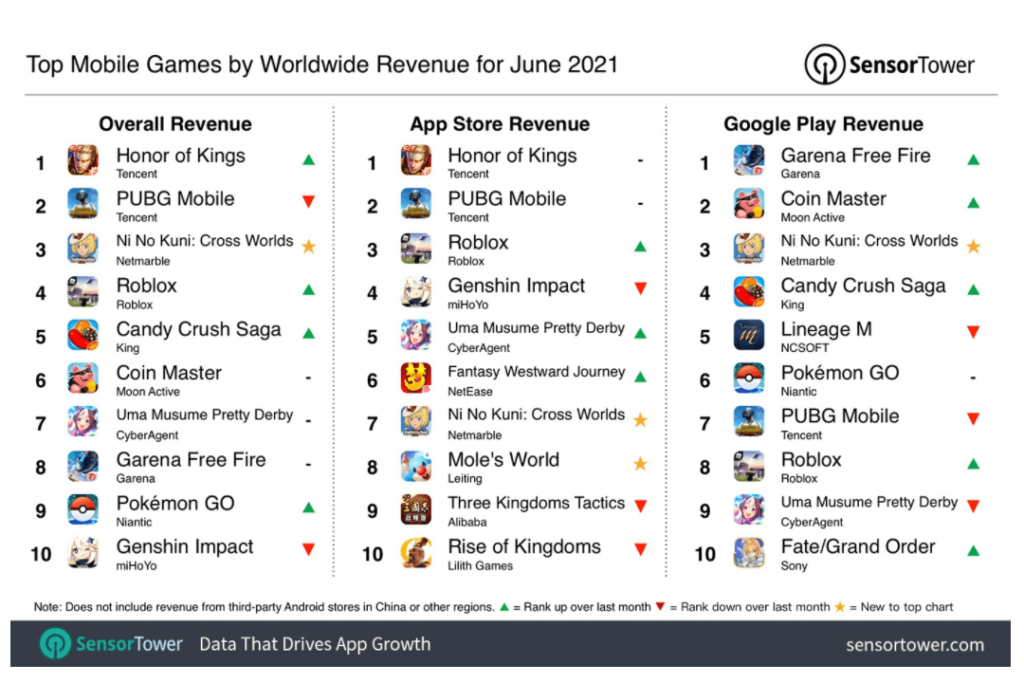 Ratings on Android and iOS are very different, but there are coincidences. For example, Roblox and PUBG Mobile bring a lot of revenue to both platforms. But Genshin Impact earns well only on iOS, which, however, does not prevent it from getting into the top ten.

Interestingly, the game with the highest revenue Honor of Kings has 95.6% of its earnings from China alone and earned a total of $ 277 million in just one month.

Fortnite was not included in the ranking because it is not available in the official stores of both platforms due to the Epic Games vs Apple lawsuit. In total, the top 10 brought its developers $ 1.4 billion, and the entire market is estimated at $ 7.3 billion, which is 10% more than last year.