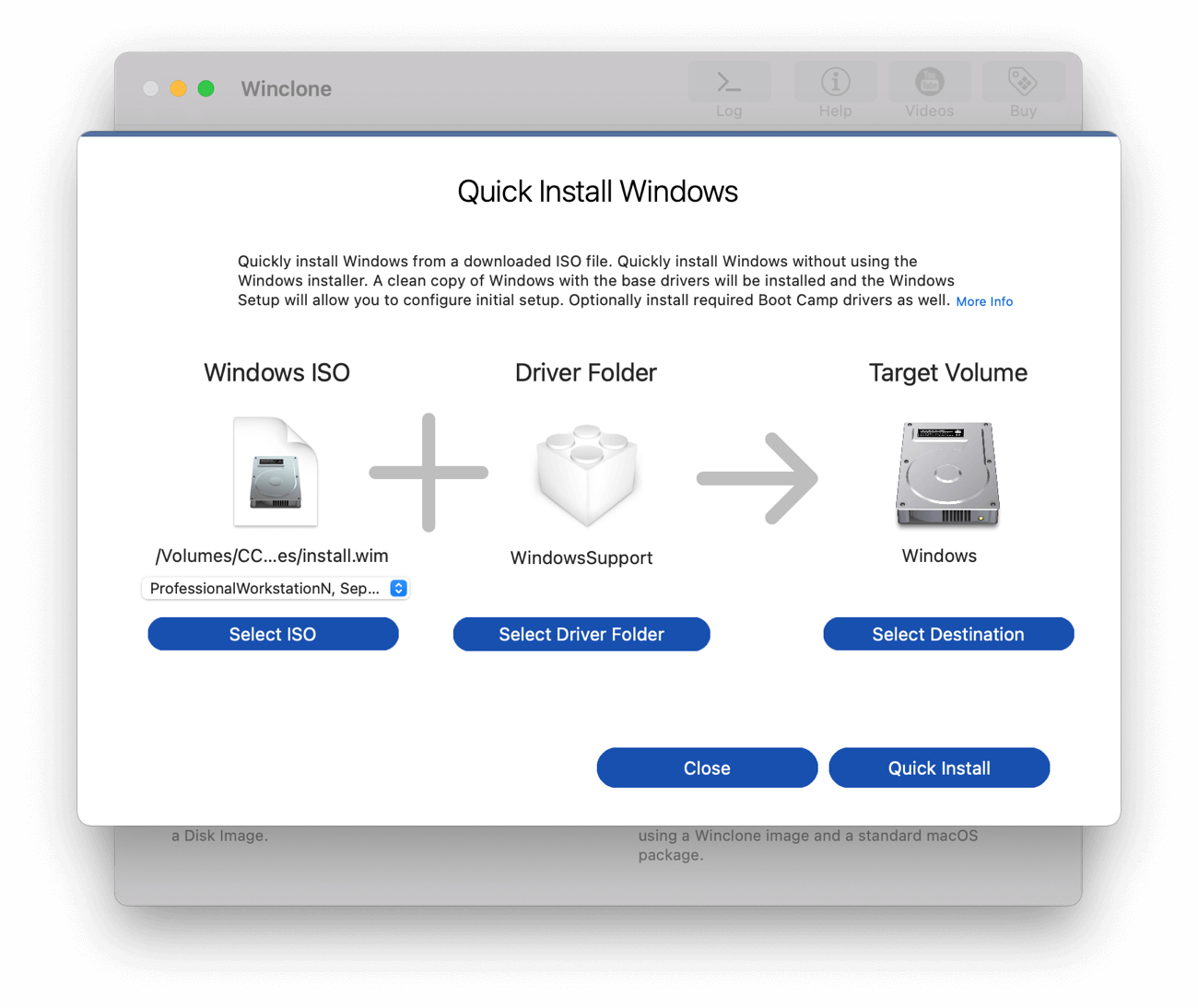 TwoCanoes has released Winclone for Mac 10 ($ 61), the latest version of the small but powerful utility that can create a bootable disk image of the Boot Camp volume in a few simple clicks so that you can restore in case of problems or to transfer the Windows partition to another Mac.

According to the release notes, thanks to this update the application is compatible with macOS 12 Monterey (not yet released) and the brand new and criticized Windows 1, also some new functions have been added, one, in particular, makes it quick and easy to install Windows 10 or Windows 11. The user interface has also been renewed, as has the application icon.

Winclone can also be used to clone Windows directly from a PC to a Mac Boot Camp partition or migrate an existing Boot Camp partition to another Mac, thus skipping the step of creating the disk image by putting the Mac started in mode as the source. target disk, and connect it via FireWire or Thunderbolt to the target Mac, then transfer the Boot Camp partition. You can do the same with a Windows PC too, although you need to connect the PC hard drive directly to the Mac.

It is also possible to restore a Boot Camp partition on a local network, by enabling the Share Winclone Images On Network option, and then running Winclone on both the source and destination Macs, with the former appearing in the Sources list of the latter. . The source Mac is even capable of sharing the clone images it creates. 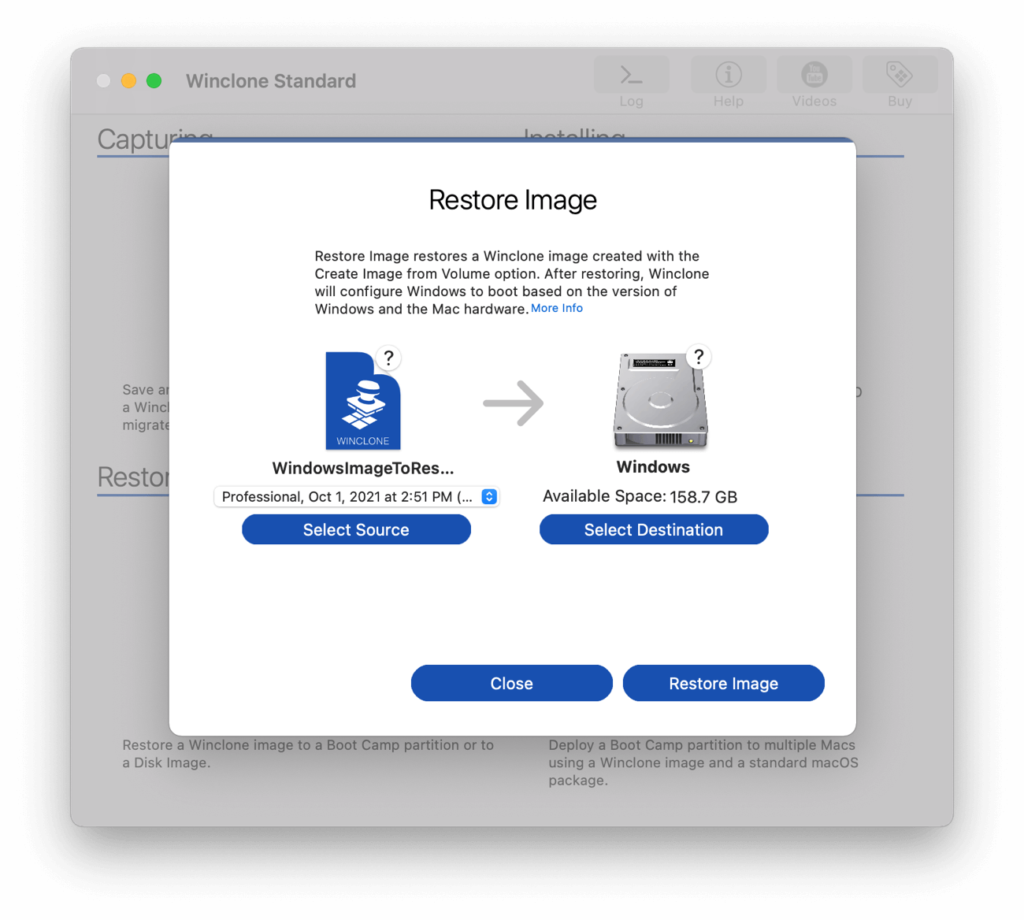 If you really need to use Windows on the Mac using Boot Camp, the best software to make a backup copy of data stored on the dark side of computing is without a doubt Winclone, which in addition to creating a perfectly bootable clone of Windows, is also very easy to use.